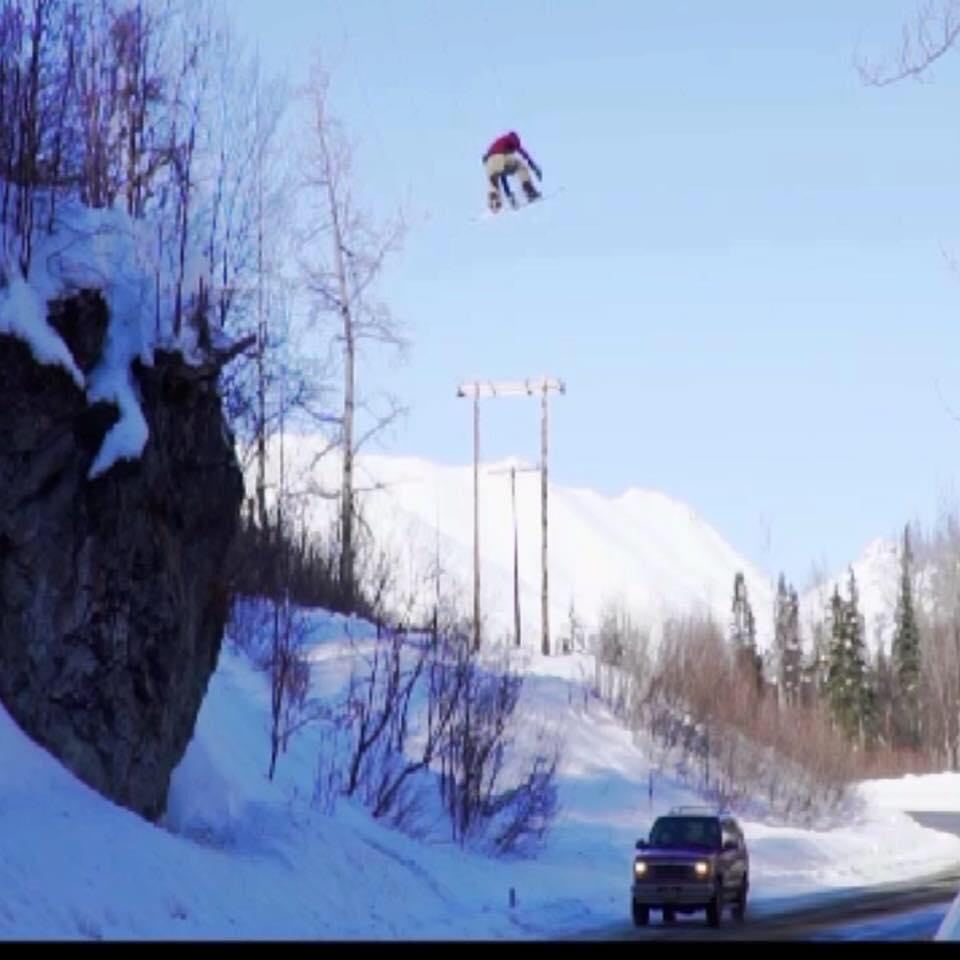 What started as a 10 year vision came to life in 2018. The Hatcher Pass Canyon Gap has been eyed from every Alaskan snowboarder thats been to Hatcher pass for decades. It was not an easy task to build. We had to drive in truck loads of snow for days, packing building, cutting brush and covering massive boulders the size of a little car. After the first week we had the jump all cleared out and the runway built. But this was only the beginning. 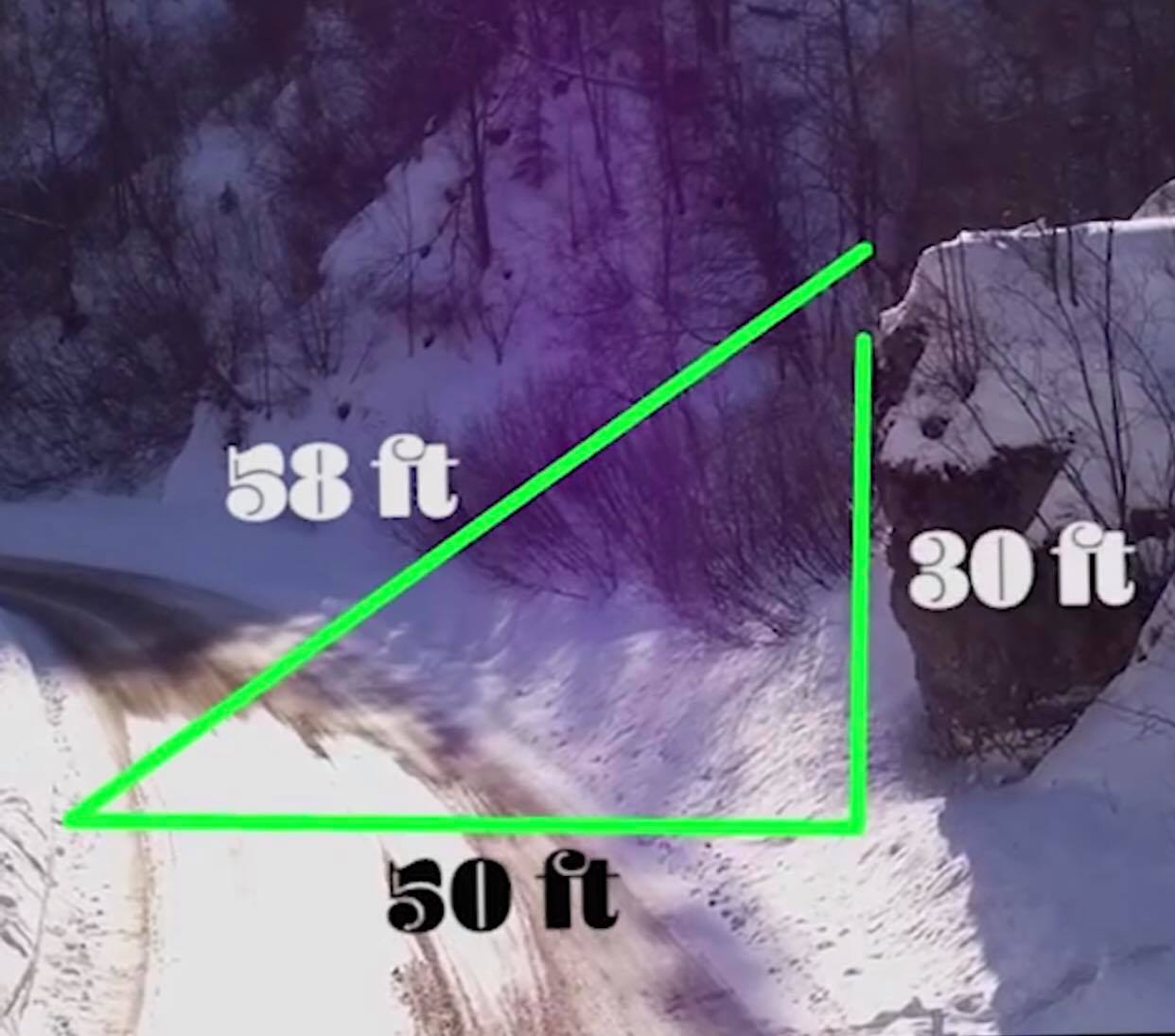 The next following days we waited for more snow, and finally on the 3rd day of waiting we were blessed with a foot of great pow wow. We set our journey up to the pass to continue building. With help of the big snow plows already plowing the pass, our landing was taking shape at the top. We started loading truck beds full of snow and shoveling them onto the landing. Which went straight into the little Sue river. After a week of shoveling snow and building the top of the landing, we set our focus on clearing out the brush from the bottom of the landing. It took a day to dig out shrubs and cut them so we wouldn’t get stabbed if things were to go wrong. After the brush was cleared we started the middle part of the landing. More truck loads of snow, hours turned into days. 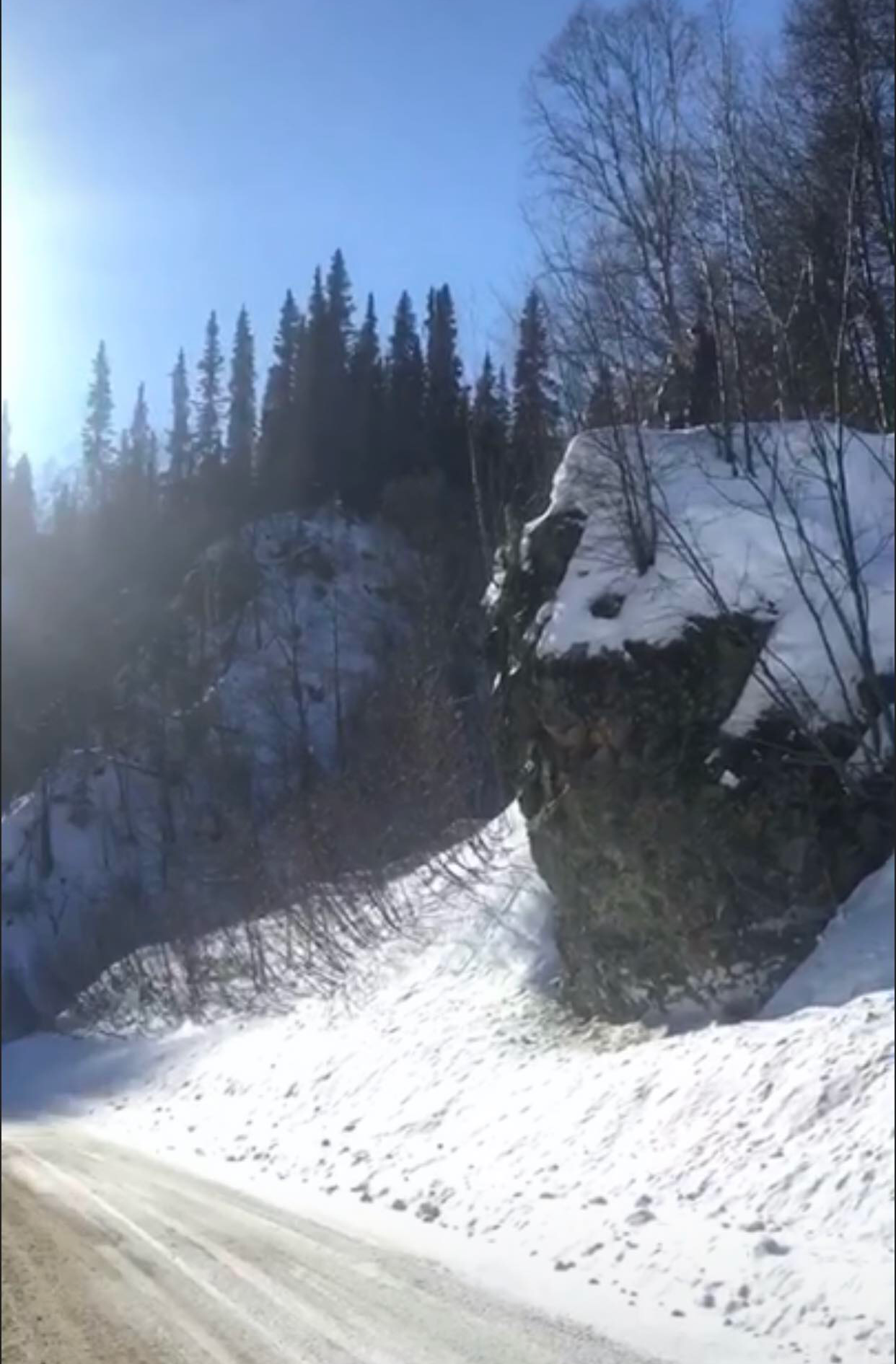 FINALLY! The middle was done and matched with the top. Now it was time for the bottom of the landing. We scraped from top to bottom and pushed snow down before bringing in more truck loads of snow. This took another couple days because of snow

. We needed more! After everything was done we waited and waited for a fresh dim of snow. It seemed to take forever. Finally about a week later we got 12-15 inches. We set out to the pass again to pack our trail and smooth out our landing and jump.  This was by far the biggest gap I’ve ever done and was so excited! We took our measurements and calculated our speed. 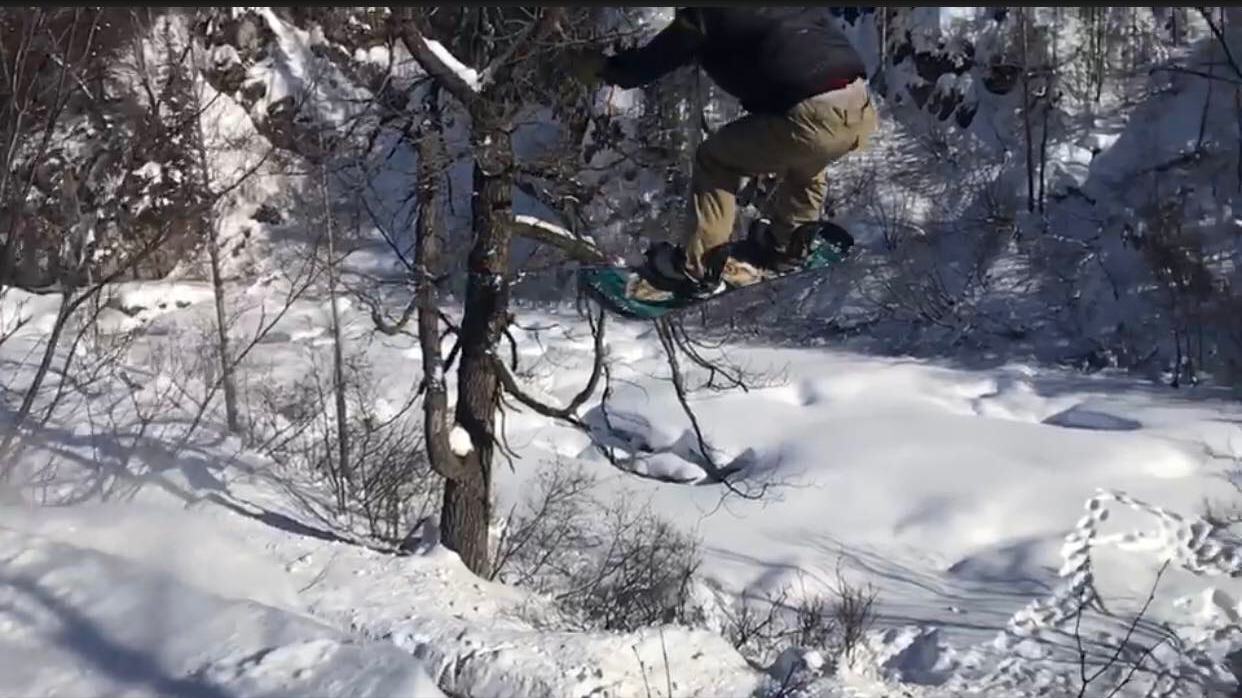 1st hit- as I got my bindings on the sheer adrenaline started kicking in and my blood pressure began to sky rocket. I was finally doing this after so many years of saying it. I dropped into the run way hauling ass! I didn’t want to come up short. Apparently I sent it way too hard! I went flying through the air off balance, I think I rolled down the windows 6-7 times before I hit the bottom of the landing on my ass and back. It hurt like hell! But I was alright. 2nd hit- after resting for a bit and changing camera gear, I set up to the top of the runway again. Across the road and up the mountain. This time I started much lower from the top of the run way! I got my bindings on and sat there gaining adrenaline. I heard a vehicle coming from the distance and waited for it. As it approached down below on the road, I hopped into the run way, perfect speed, and balance, I took off the jump grabbing Indy over the gap, and flew right over the Ford Explorer, i spotted the landing and stomped it!

Stopping before going into the river and risking falling in. The adrenaline was so high I just let out a huge happy roar! I had completed  a bucket list jump for so many snowboarders, skiers, even snowmachine riders. It was the truly a one in a lifetime feeling completing it for the first time.

You can find more shots of erin via IG- 1hogie 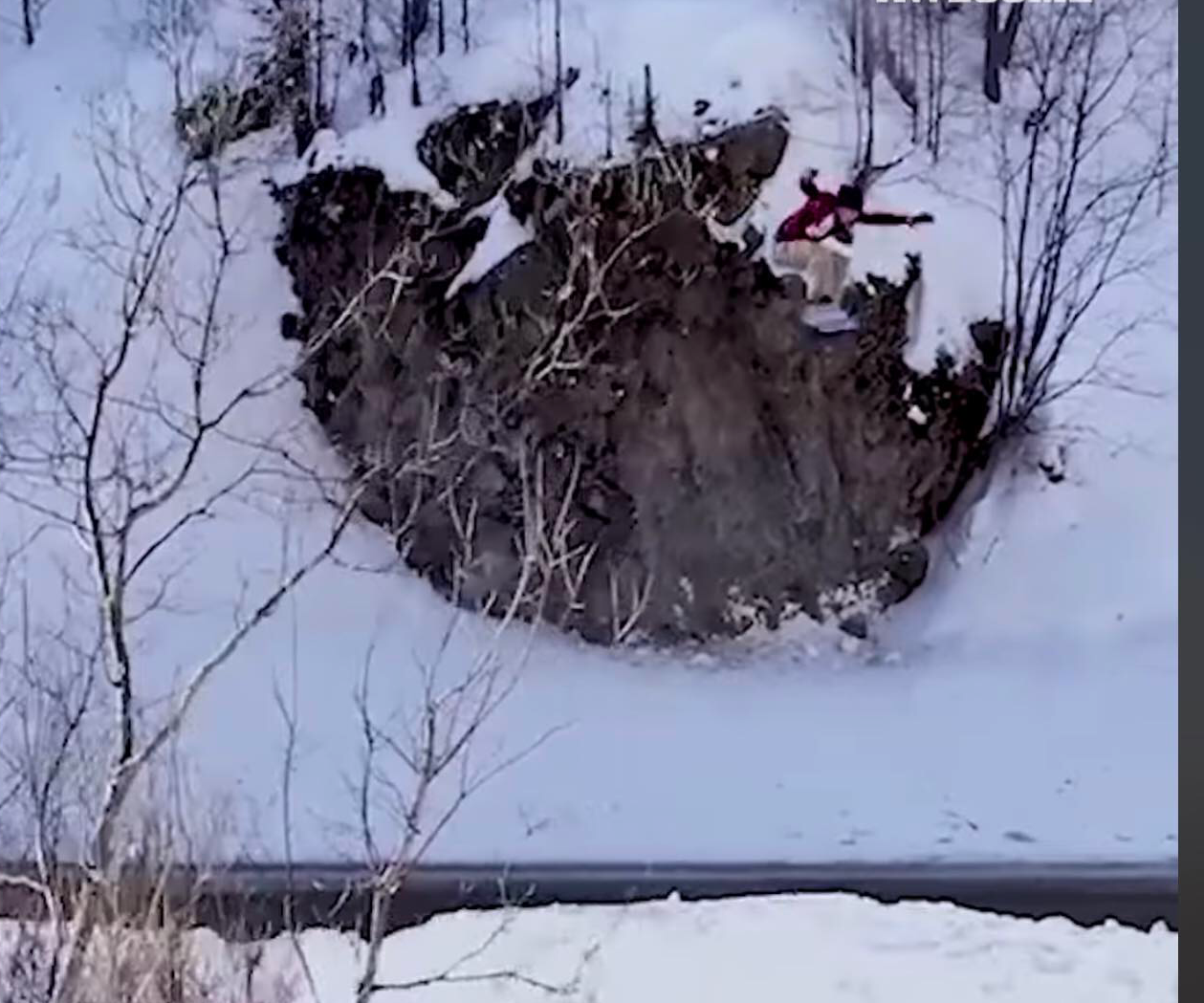 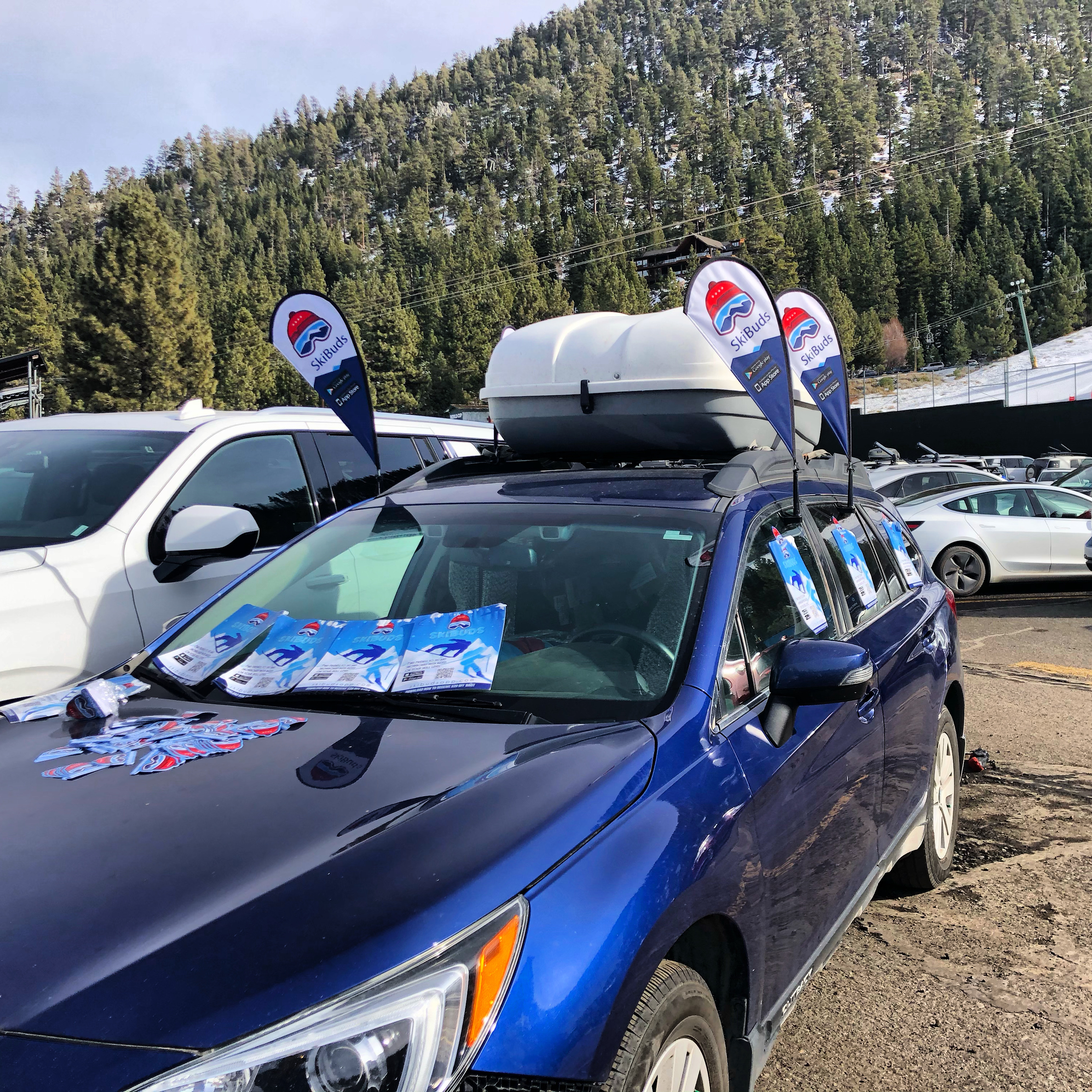 History, Vision, Future of SkiBuds (and why I need your help)

Additionally, I built in functionality for geofencing for resorts so that it knows when you get to a certain area- remind you to check in, gives bar specials, tip and tricks for the resort, etc.. This is already created, I just have been on the train of trying to get local establishments to get on board with this. I already have a sheet with over 1,000 establishments contact info that was created over a couple weeks and am planning on using this next year. 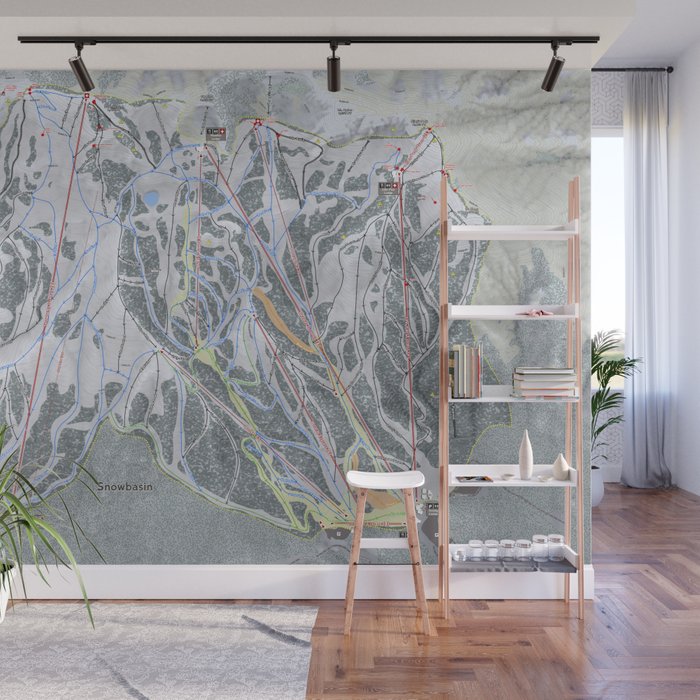 Not your typical trail map

Long before you could see rudimentary lifts and runs on google maps we were busy creating a digital mapping database of every item that would make up the real mountain. Sure it started with lift and run alignments and quickly expanded to elevation information with Topo lines. A must have for really seeing how steep something actually is and is only inferred on the resort provided artist version.